New Zealand produces some of the world's most potently antibacterial healing honeys. From the North and South Islands of New Zealand come honeys in three varieties, manuka, kanuka, and red clover. The three varieties of honey reflect the three types of plants bees use to make them. 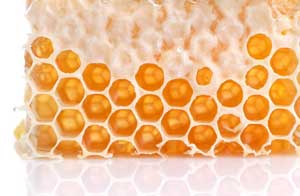 All three kinds of honey are potent infection fighters, but manuka honey is the most powerful antiseptic of the three, followed by kanuka and red clover. When you see a product from New Zealand labeled as 100% manuka honey, chances are that it really is very close to 100% manuka honey, a small amount of of other kinds of honey inevitably finding their way into the product (there being no way to force bees not to visit other plants), but “manuka” honey brands may be slightly less potent because they contain slightly less manuka—but more than 70%.

What's so special about manuka honey? Over 120 studies confirm that it can fight bacterial infections in a unique way. Bacteria establish themselves by linking into a biofilm over the tissues on which they will feed. Manuka honey breaks up the biofilm so the individual bacteria are exposed to the action of the immune system, one white blood cell surrounding and engulfing just one bacterium at a time, the separation between the bacteria making it harder for them to pass genetic material from one germ to another so they become antibiotic-resistant.

There is no such thing, fortunately, as bacteria becoming honey-resistant. Manuka honey will always work in the same way, by physically breaking up the sticky film that holds colonies of bacteria in place. When bacteria becomes “planktonic,” creating a sea of bacteria on the skin, the immune system attacks them with inflammation. If bacteria are kept from accumulating to planktonic levels, if they are released from their biofilm, then the immune system can kill them without killing human tissues, one by one.

Manuka honey has a similar effect on some kinds of fungal infections. There have been extensive studies of how manuka honey fights Bacillus subtilis, E. coli, Pseudomonas, and Staphylococcus infections, resulting in scientists making these recommendations for using manuka honey successfully for wound control:

Manuka honey is useful for dressing wounds caused by cuts, scrapes, burns, surgery, tattooing, and piercing. The sooner it is used after the skin is broken, the more it can do to prevent infection and scarring. Even 30% manuka honey stops bacterial growth, but even 100% red clover honey fails to have the same potency. Make sure the honey you use is New Zealand manuka honey, whether in the form of pure honey or honey-infused gauze and bandages. 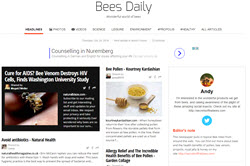